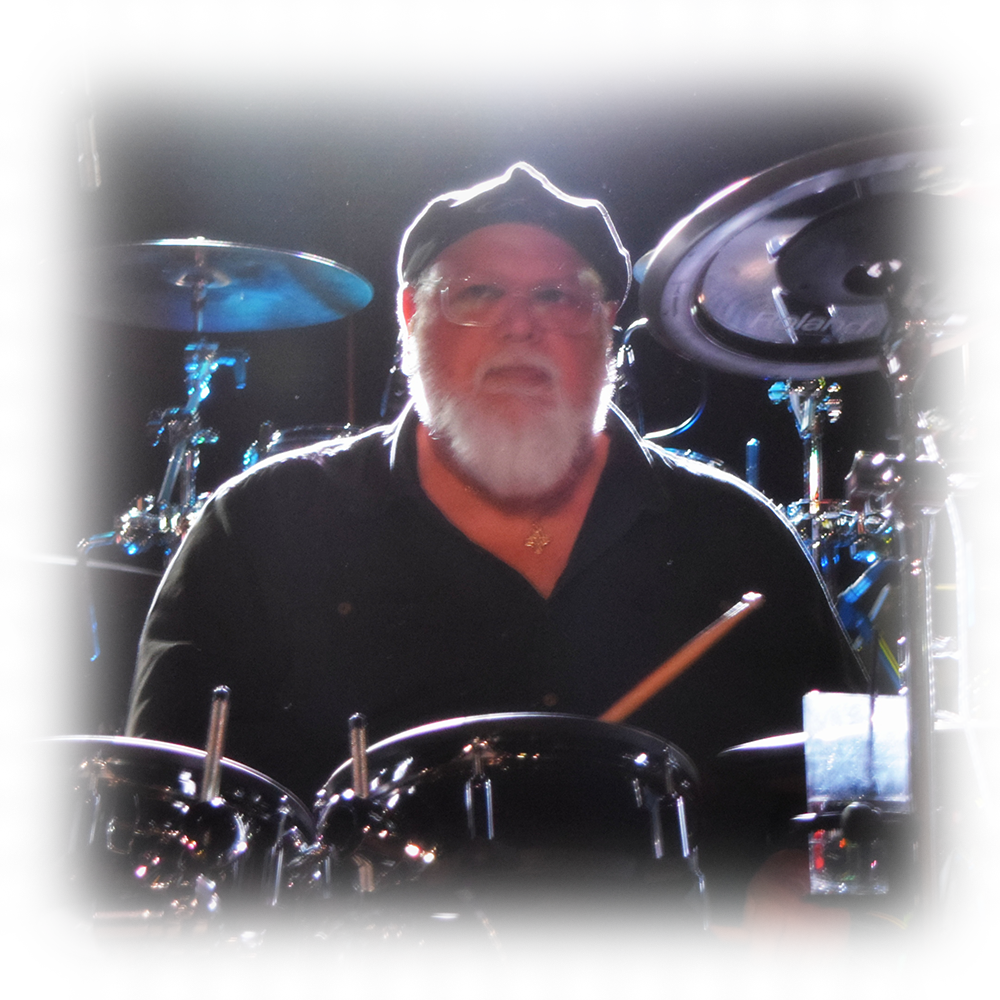 Chris's interest in and love for the drums began in his hometown of St. Joseph, MO at the tender age of 11. It all began after hearing his now long-time-friend Curt Lanham do a drum solo at an assembly at Edison Elementary School where Chris was attending the 7th Grade. Curt was performing in a band made up of elementary students led by Alan Bing, "The Music King." After that first impression of how "cool" the drums were and how "cool" a guy playing them could be, the rest is history.

After finally convincing his parents that the interest was indeed more genuine than the previous five years of piano lessons they wasted their money on (per his teacher), he was allowed to purchase his first drum set for $150 using money he earned from his paper route. It was a set that was about 20 years old. He found it in the newspaper being sold by a local AM disc jockey. Nonetheless, they sounded better than the old practice pad his father had given him from his own childhood and the arms on the chairs he was quickly wearing out.

After taking lessons (about 12 total) from two different local drummers, one of which had traveled with the Stan Kenton Orchestra and Les Brown's "Band of Renown," Chris decided that learning the "correct" way was not for him. The most effective teacher was cranking up the 'ol hi-fi and playing along with the likes of Gary Lewis & The Playboys and Paul Revere & The Raiders. Soon after that he practiced with some fellow Junior High buddies for an end-of-the-schoolyear talent show. They called themselves "The Majestics." That was the only "gig" that group played. When Chris was 12 years old his father thought it would be neat to take him to a club that had Saturday afternoon jam sessions where guest musicians could sit in. The first "real band" he was able to play with, if only for a few minutes, was called Rick Evans & The Eccentrics. Rick Evans went on to become half of the duo Zaeger & Evans of "In The Year 2525" fame. At age 13 Chris became acquainted with Ted Paxson who to this day remains an icon in the St. Joseph music scene. Chris and Ted formed "August Rain," a four-piece band inspired to a great degree by The Beatles. This band went on to perform at various one-nighters and "Battles-of-the-Bands" for the next couple of years.

From the outset he became passionate about rock and roll and went on to form Kelly & Dog with good friends Ted Paxson, Jeff Chandler, and Scott McCarl (Scott several years later landed a gig with Eric Carmen and The Raspberries). Chris experienced his first real rock and roll heartbreak when fellow band mates decided to move to Omaha, NE (Scott's home) to pursue a recording opportunity under the name "Yellow Hair." He was denied permission to go along by his parents because at age 14 he was just becoming a high school freshman.

At 15, Chris landed his first long-running club gig at The New Orleans Lounge in St. Joseph where he was introduced to the big bad ugly world of a musician in the night club scene. There he witnessed his first drunks, brutal fights, and bad women. Subsequently over the next 10 years he began to form or join already formed St. Joseph area bands such as Mystic Carnival (formerly Bobby & The Fantastics who performed on Happening '68, a Saturday morning Bandstand-type show hosted by Paul Revere and Marc Lindsey of Paul Revere & The Raiders), Rover County, Aftermath, USA, and Jade.

In May of 1979 Chris set out on the road to experience that aspect of the life joining a group from "the road," called Elegant Stranger. After a year of playing a variety ranging from disco to Steely Dan he got a call at the right time to go to Denver, CO and joined a pseudo-new-wave/R&R band call Trux. This was a unique experience in that Trux had a female lead vocalist/lead guitarist and did a lot of their own writing and had a local producer behind them. Trux recorded in a private studio in Denver and marketed the tape through one of the engineers who had an "in" in the L. A. record industry. Although getting very close to being signed by MCA records, they did not quite make it. Trux did not survive the disappointment.

After 14 months of no involvement with a band, Chris along with lifelong friend Ted Paxson joined together with Dan Meyer (former Charlie & The Stingrays bassist), a past guitar player friend from "Rover County" and "Mystic Carnival" and a young, charismatic, female country vocalist and formed Nightwatch. This continued until the fall of 1982 and the band broke up, sending Chris to search again for musical contentment. In October of 1982 he joined the Diane Stewart Band of Beaumont, TX and lived in the Beaumont/Houston area for the next year playing contemporary R&R in clubs in that area. June of 1983 brought the end-stage of the DSB and almost perfectly-timed call from Mark Parks, another life-long friend from St. Joseph who had been on the road for several years with the band Kansas. Mark and others from the Kansas organization had been residing in Atlanta, GA for some years and knew everybody in the music industry there…and everywhere else. Bassist Andy West, formerly of The Dixie Dregs, was forming his own group while finishing a tour with Paul Barrere of "Little Feat" fame. They were going to be in Houston soon and would like to audition Chris if he was interested. "Hell yeah!" was his response. The audition went smoothly and the imminent move to GA was planned. After many grueling rehearsals and only nine playing dates and thousands of miles (to see a total of $250), the group V-Disk disbanded.

Chris returned home to St. Joseph once again. He played in some short-lived, but quite good renditions of Nightwatch and finally joined the sinking ship with The Holdouts, hangers-on from the former Liquid Fire band from St. Joseph which featured the one-and-only Greg Murphy of Charlie & The Stingrays fame.

This took Chris right up to just about 1985 when he began rehearsing with a couple friends and two he guys he'd never known. In May of 1985 they played their first job together on an outdoor patio in Westport located in Kansas City, MO at a club called The Hurricane. That band chose to call themselves Charlie and the Stingrays. The Stingrays would remain together for over 30 years with Chris their drummer for all but nine months. They played every sort of event imaginable over the Midwest and beyond to the delight of countless fans. After they finally retired in 2015 they would have multiple reunion shows in the years to come along with being inducted into the Kansas Music Hall of Fame.

After filling in a few times for Jason's sixties tribute band The Rippers, Chris and Jason worked together to form Vinyl Revival, thus beginning the next chapter in Chris's long and illustrious musical career.