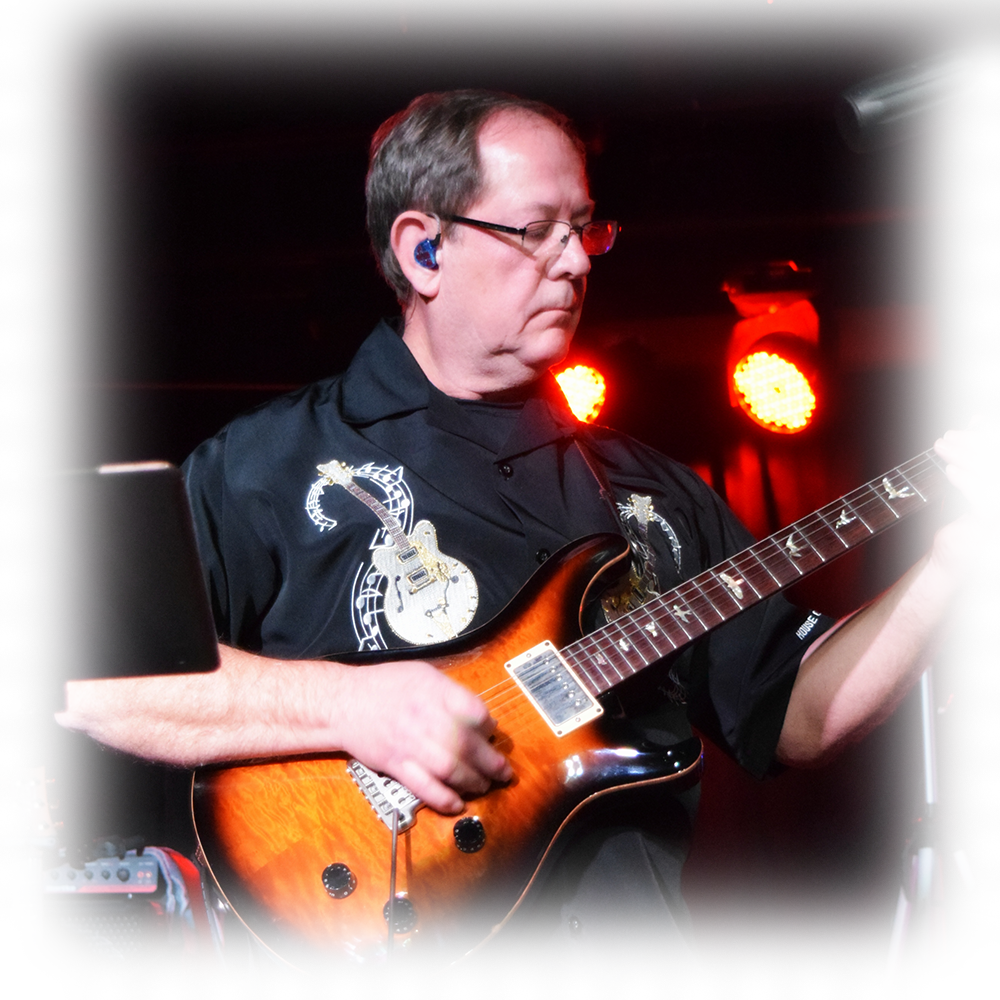 Mark Gearon started playing guitar at nine years old after bugging his parents for a guitar for a year or so after seeing the Beatles on Ed Sullivan. He did not really take it seriously until he was about 15. He took lessons of Terry Swope of the KC Aces for short time while in high school.

Mark's early influences are, as he puts in, obviously the Beatles and Rolling Stones. In high school he learned a lot of Deep Purple, Black Sabbath, and Led Zeppelin. Ritchie Blackmore was his favorite guitarist for many years. After hearing Mahavishnu Orchestra and John McGlaughlin his interst in jazz rock fusion was aroused.

In the seventies Mark played in a band which did all original material. In the early eighties he started playing in his first cover band, playing mostly metal and covering songs by Deep Purple, Quiet Riot, Fastway, Ozzy, Black Sabbath, and Iron Maiden along with some classic rock of the time like ZZ Top, Men At Work, etc. In the mid eighties he played in a jazz rock fusion band called Kenesis. They released two albums worth of material.

Around 1988 Mark joined up with a band called The Sneakers who played sixties and classic rock all over the region for several years.

After The Sneakers he started a band named Juniors Flat Six which did original music and blues with a twist of southern rock. Allman Brothers, Warren Haynes, Joe Bonamassa, Stevie Ray Vaughn, Jeff Beck, Eric Clapton, Hendrix, BB, Freddie, and Albert King were all represented in their set. Juniors Flat Six won bands across Kansas City three years in a row in the blues/jazz category and the 99.7 KY battle of the bands. They also recorded two CDs worth of material, one of which was sold through Best Buy. After about five years Juniors Flat Six broke up.

After Juniors Flat Six he started another blues/classic rock band called Salted Blue which played the KC area for about five years.

Right after Salted Blue disbanded he answered an add for a guitar player which led to hooking up with Vinyl Revival.