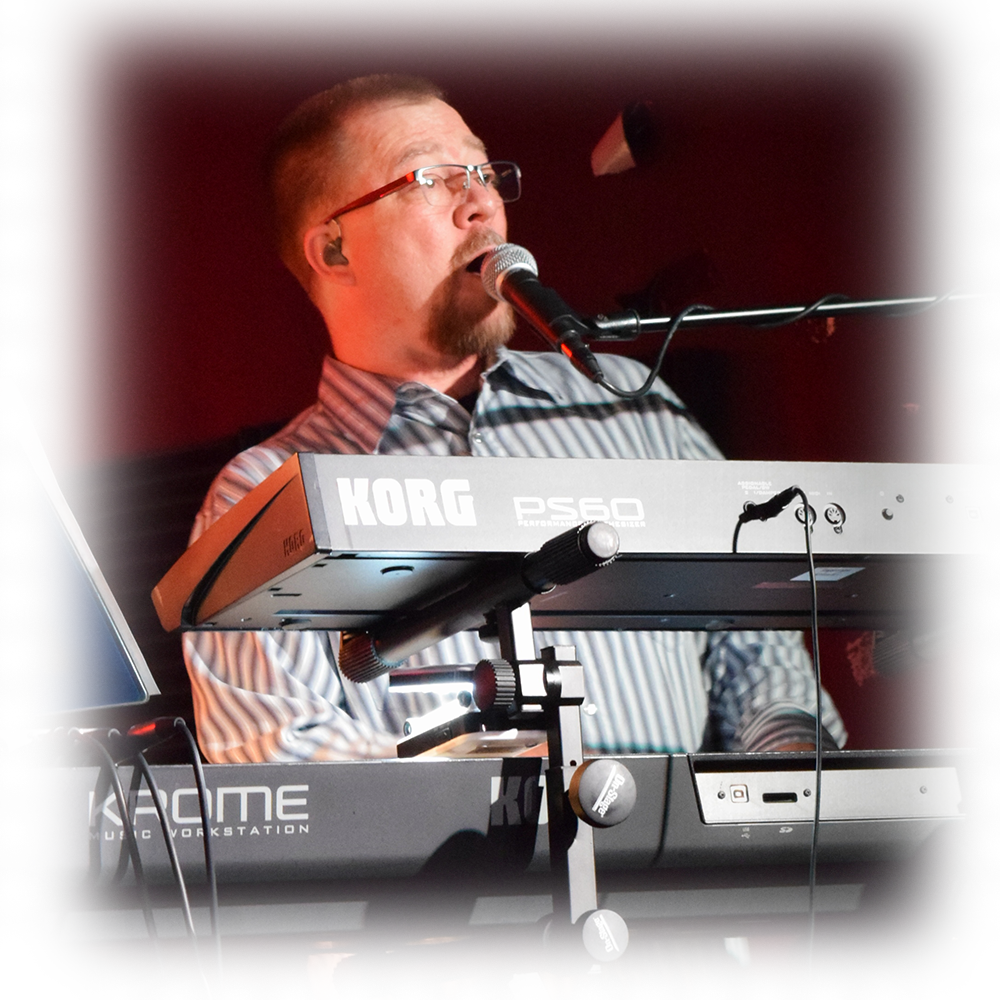 Rob's musical talent was discovered early when at four years old his parents overheard him playing some of the same songs on the piano that his older brothers were learning in piano lessons. He started his own lessons at age five. Two decades later Rob graduated college with a bachelor's degree in music. Since then he has played many gigs in a variety of configurations: Solo events, duos, trios, jazz combos, pop/rock/variety bands, weddings, parties, church, and other private events. Rob spent 16 years playing with two local cover bands: Boomerz and BaliRoot. There were also some "side trips" along the way with short stints in other various projects. His decision to join Vinyl Revival stems from his love of music and the opportunity to play with other talented musicians learning songs from (mostly) the vinyl era of music. Some are previously learned but many are new to the group and continues to expand his already impressive repertoire.

Rob's main keyboard is an 88 key Korg Krome. He also uses a 61 key Korg PS-60 on stage with Vinyl Revival for various sounds.